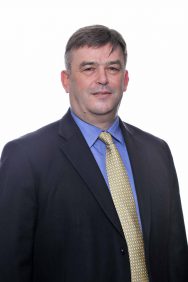 Iain joined the Seventure Life Sciences team in 2008 as a Venture Partner.

He is responsible for investments in the United Kingdom (UK) and Ireland.

Prior to joining Seventure Partners, Iain created and managed Quester Capital’s biotech and health venture capital activity for over 10 years.

In 2007, Iain founded Vela Venture Partners to advise venture capitalists in the UK. As a former Director, he has served on the boards of several biotechnology, medtech and cleantech companies such as Vivacta, Avidex, Oxxon, Lectus, and Xention.

Iain graduated in Biochemistry from the University of Oxford, is a qualified tax expert in the UK and graduated from the London Business School.

By continuing your browsing on this site, you accept the use of cookies to carry out statistics of anonymous visits. Read more